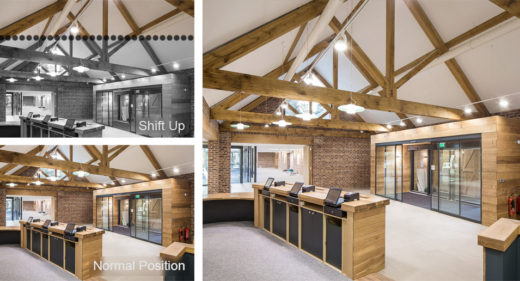 Tilt Shift Lenses – What are they and what do they do?

Tilt shift lenses are a photographer’s main tool when it comes to photographing architecture and it’s a tool an architectural photographer cannot live without. If you want to make money from being a photographer (learn more) then this is one key element that you should already be familiar with. Tilt-shift lenses have many uses but their primary function is to enable the photographer to control verticals when photographing large buildings or structures. Imagine taking a photograph of a tall building and the only way to fit the large structure in your image is to point your camera up, you will notice that the building will pinch at the top and start to look like a pyramid. 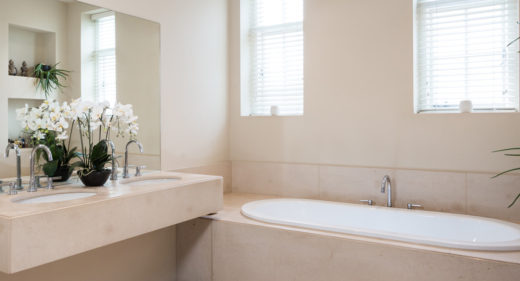 Our York Interiors photographer shows off an Edwardian Semi

This is dream house sort of stuff. Stunning south facing garden, beautiful original features, (mostly) fantastic light and elegant interior design. Another one of the type of properties our York interiors photographer loves to photograph.

There’s no doubt about it, white/neutral walls make a house easier to photograph. Bouncing light off pale walls is as easy as pie for someone with years of experience in the game. And the photographs usually look pretty good. Sometimes though a bit of colour, and the challenges that brings to photographers can set a house apart and really make it sing. This period property had a great mix of both neutrals and strong colours. The results speak for themselves showing a house with soul and character.

Shot of the Day

A lovely winter scene, just North of York, that had me pulling over to get a shot. 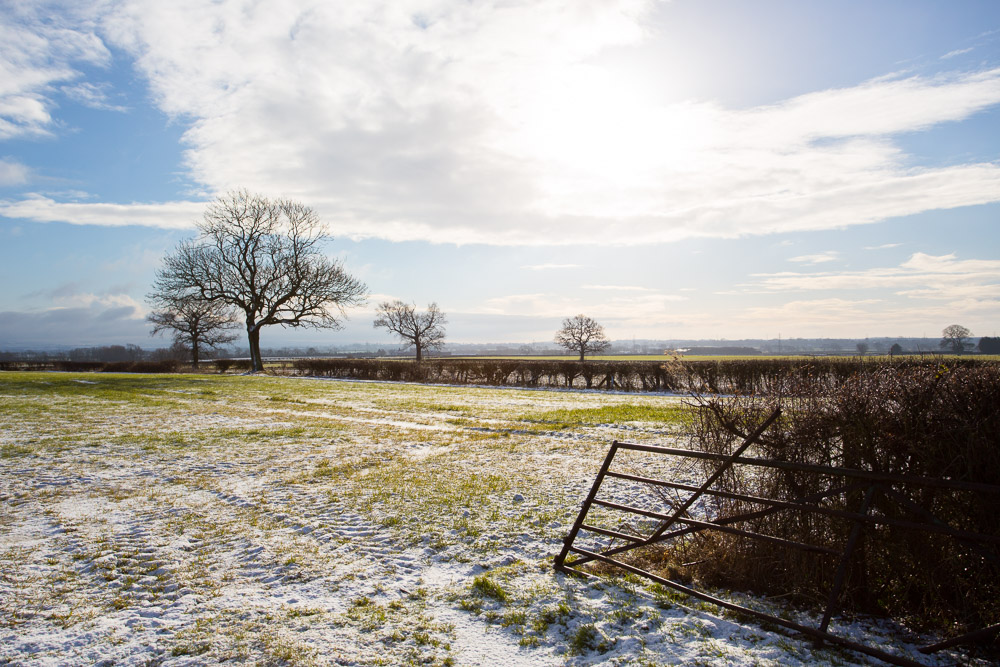 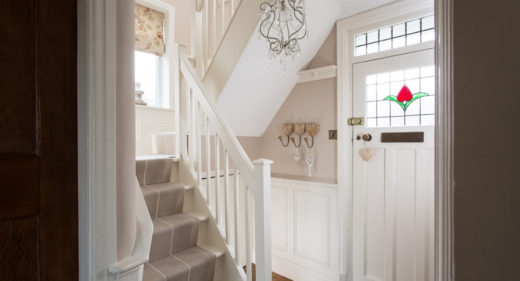 How to: Lighting a staircase with multiple speedlights

This is our first post in what we hope will become a regular how-to feature. We will be covering items such as composition, equipment and weather. Our first post however, is on the field or lighting, specifically added light.

Lighting is one of the most important things when it comes to interior photography. It doesn’t matter how great the space is, if the light isn’t good then neither will the photograph be. Generally speaking light in a typical interior comes from two sources. Natural – the daylight coming in through the windows, skylights and doors and artificial light – the light from ceiling lights and table lamps etc. As a photographer we have a few options for controlling these light sources. Time of day plays a major role in regards to natural light. As does the weather. Wherever possible will try to take our photographs in the most suitable weather at the best time of day, whatever that might be for that particular room. We can’t however control how the light enters the room, we can control how much enters by additional tricks such as scrimming windows but the natural light will always come from a fixed direction. We are also able to control artificial lighting in a number of ways, from simply turning lights on or off to using dimmers or lower wattage bulbs. In order to do this, working with an electrician is the best way to get good bulbs and lights in the places that look good. By visiting websites such as https://kalahari-electrical.com/ and many more electrical company pages, you can gain advice on lighting from professionals. 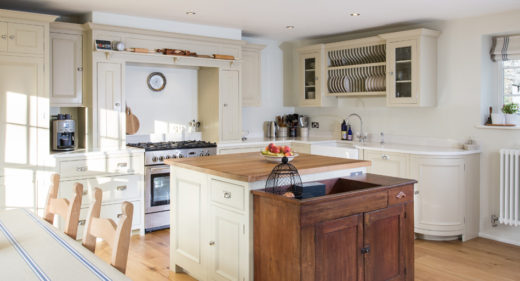 We’re pleased to see one of our shots has been featured in an article on the homepage of Houzz attracting thousands of views and the image has been added to over 750 idea books.
Great photography is key to getting examples of your work out there so if we can help you to properly showcase your work as a kitchen designer, installer or maker get in touch and tell us about your project.

Don’t forget to check out the article yourself – click here 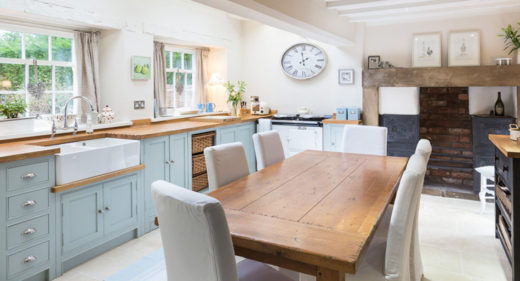 Last week saw a visit to a beautiful little Hamlet just outside York. I’d seen some before photography of the cottage so I wasn’t completely sure what to expect. I think it’s important to go to a property without too many pre-conceived ideas. The very nature of a home means that it is individual to the owner. Shooting a formally presented house requires a completely different approach from that of an eclectic one. It’s back to the point I keep making about portraying the personality of a space.

Well this lovely cottage was just bursting with character. And I use the word in the property sense of beams, sash windows and fireplaces but also in the more human sense of light hearted and confident. A confident house? So what’s one of those? Well, the answer isn’t straightforward, as you might expect. It’s the kind of place that absorbs what is it in and makes it feel at home. Be that furniture, a newspaper or a five year old child. It’s the kind of property where what is in it is no more or less important than the walls containing it. The kind of place that you feel you instantly feel you could chuck a log on the fire and curl up with the newspaper. 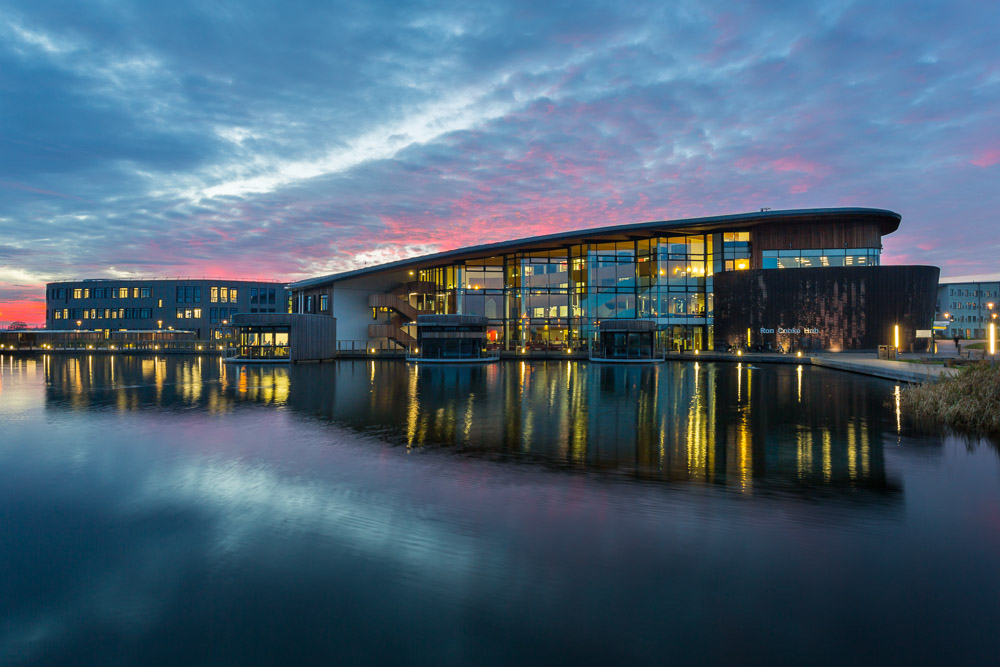 GIFs. Could they be right for your business?

The world of photography is constantly evolving. So is the transition between photography and video, largely thanks to the ability of SLR camera to record superb quality video. Time-lapse photography is one example of this, a few years back they were relatively difficult to produce and high quality time-lapses were largely the reserve of big budget films. Now, many individual photographers are producing outstanding time-lapses of difficult subject matter while moving the camera on things like motorised sliders. If you’ve not seen any of these impressive time-lapses then check this great example out. We’ve recently been experimenting at producing animated GIFs to supplement our photographic output. These have a variety of uses and are a lot easier to display on website/social media due to their much smaller file size than video.

Most moving subjects will be able to be rendered in GIF form. A chef with flaming pan, drinks being poured, disco lights flashing and a flickering fire all make for great subject matter. If you’re in any doubt we’ll be able to advise on their potential effectiveness.

We recently shot this one from Queens Staith looking across the Ouse. 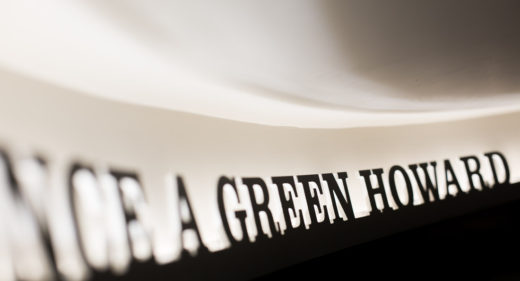 In the centre of Richmond you can find the little military museum for the Green Howards infantry regiment of the British Army. Having just undergone a major refurbishment over the past year it is now once again open for business. We were asked by the builders to pop along and take some images of their handiwork. The building used to be a church and as historic builders William Anelay were well placed to apply their knowledge of period renovation to create a sympathetic yet practical renovation.

We were tasked with creating a set of photographs that demonstrated the range of works, from the installation of flooring, lighting and cabinetry, to stairs and masonry work. Only the stairwell and the meeting room contained any natural light and we had to carefully control exposure with filters and blending in post-production to ensure that detail was retained from the black beamed ceilings to the spot lit exhibits. Museum renovation photography requires careful consideration to be given to compositions. The exhibition spaces are usually set up to provide information on an exhibit by exhibit level and it can often be difficult to portray in a wider setting. With careful consideration to focal length, height and 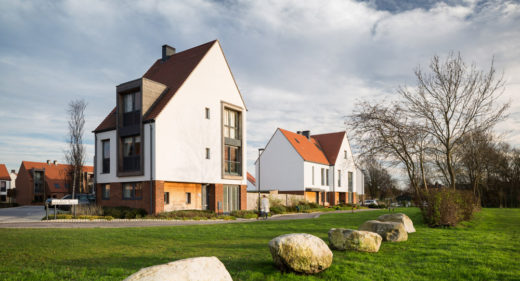 The Joseph Rowntree Foundation has recently been involved in building a large number of new houses on the outskirts of York. I often drive by them and admire their form as I do. For these aren’t your standard ‘noddy house’. They have been built to custom designs, all are heated by a community heating system (a large biomass boiler based in the scheme’s community centre) and many have winter gardens, allowing them to grow plants and vegetables all year round, directly off their living accommodation.
Walking around the finished part of the development it’s easy to see that these homes make an interesting place to live. Full height windows, high ceilings, wide sweeping tree lined roads all give