Tilt Shift Lenses – What are they and what do they do?

Tilt shift lenses are a photographer’s main tool when it comes to photographing architecture and it’s a tool an architectural photographer cannot live without. If you want to make money from being a photographer (learn more) then this is one key element that you should already be familiar with. Tilt-shift lenses have many uses but their primary function is to enable the photographer to control verticals when photographing large buildings or structures. Imagine taking a photograph of a tall building and the only way to fit the large structure in your image is to point your camera up, you will notice that the building will pinch at the top and start to look like a pyramid.

Because image quality is something we are not prepared to compromise on we use tilt shift lenses, which operate a little like a periscope ‘shifting‘ up, down, left or right independently from the camera body, enabling the photographer to keep the camera level, capturing the entire building and ensuring the verticals are maintained.

Because we can move the lens in this way it also enables the photographer to create large panoramas with no distortions creating photographs with a large field of view, which even the widest lens would struggle to match. 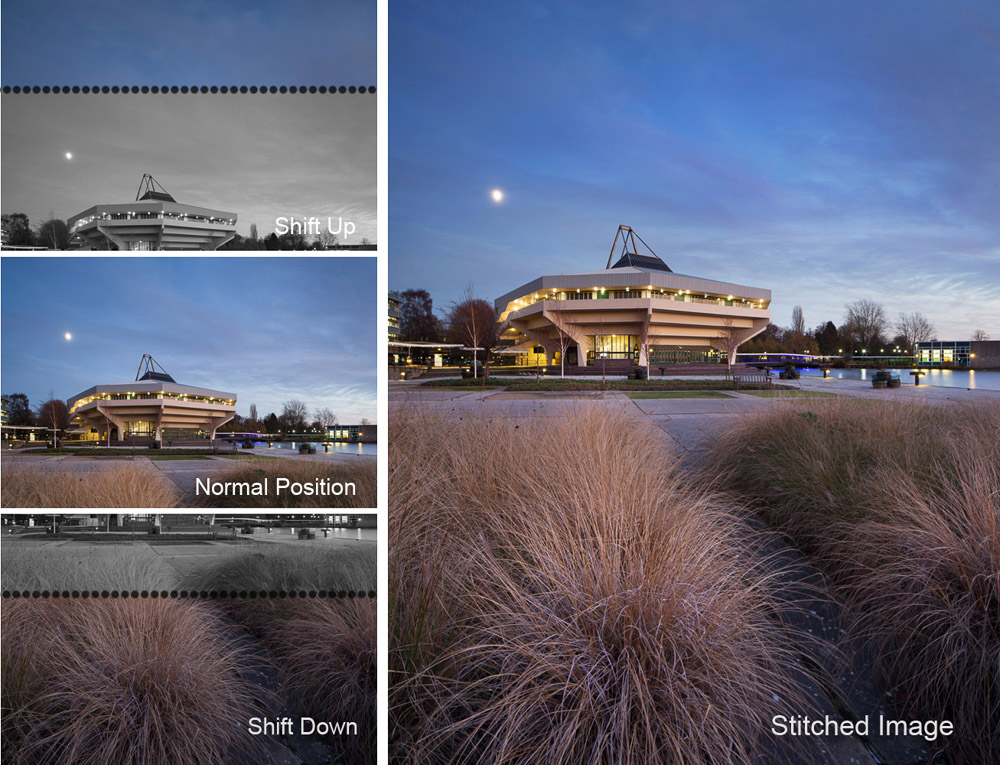 This example is quiet extreme, in the next example you will see a subtle shift up stitched together with an image captured in the lenses normal position. The stitched image has a greater impact in showing the rafters and how they feature in the room. 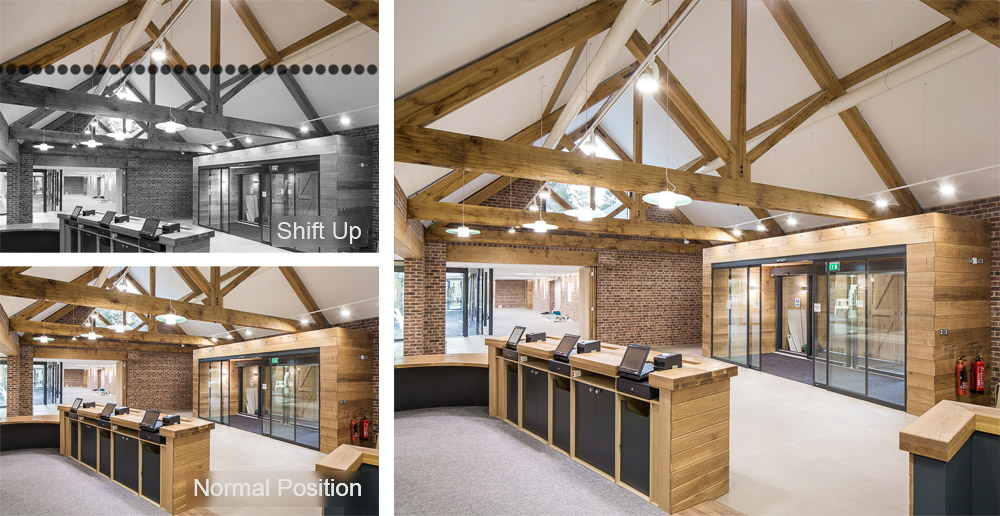 Tilt shift lenses also permit the photographer control of focus in a way a traditional lenses cannot. In the following example we can see that the image is sharp right through the image, from the bush in the foreground to the building in the background. This is achieved by using the ‘tilt‘ mechanism allowing the photographer to match the plane of focus with the subject and creating an extremely crisp photograph. 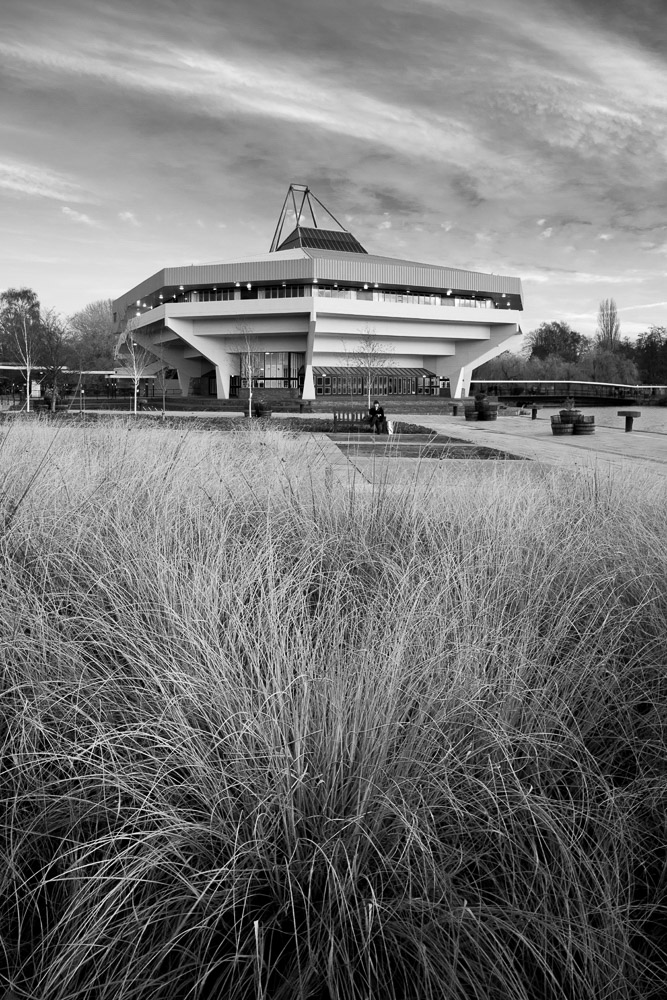 We can also use this function in a dramatic way to create bokeh, which is photography speak for blur and positioning it in specific parts of the photograph – 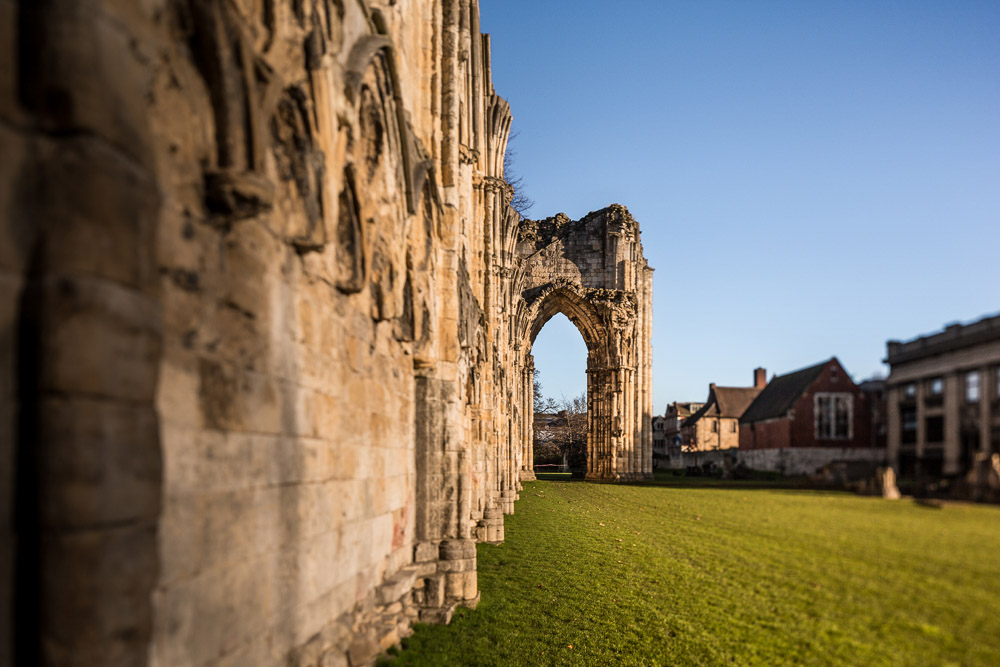 As you can probably tell tilt shift lenses are a technical and complex lens to use and require a level of expertise and skill to make best use of their unique features. They allow a photographer to capture images that a traditional lens cannot; by controlling the verticals the photographer is able to photograph a building the way the architect intended it to be seen. This isn’t an exhaustive post on ways in which a tilt and shift lens can be used. We’ll be posting more about how else they can be used so make sure you hit that bookmark button.